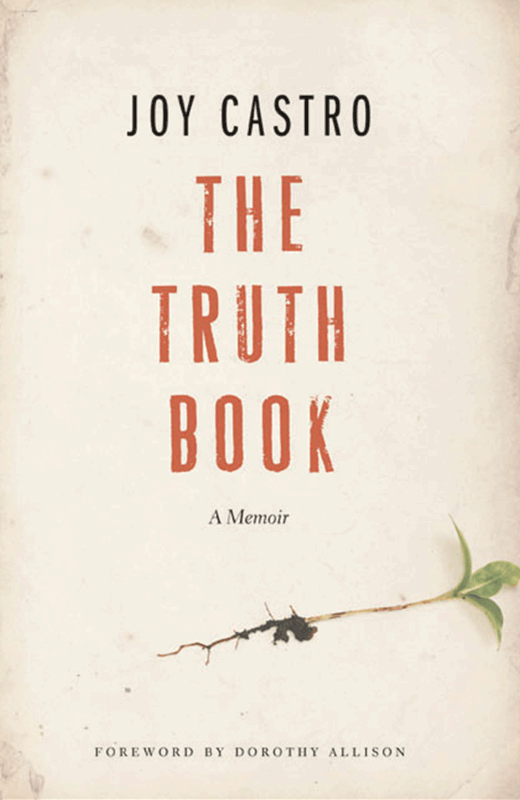 Adopted as a baby and raised by a devout Jehovah’s Witness family, Joy Castro is constantly reminded to tell the truth no matter what the consequences. Nevertheless, Castro finds this tenet to be the most violated. Here, in her very own Truth Book, Castro bears witness to a childhood lost but a life regained.

Castro’s parents divorce after her father is excommunicated for smoking. She is twelve when her mother marries a “brother” in the church who, though exhibiting an impeccable public persona, is violent and controlling at home. For two years, Joy does not grow at all; in fact, she loses sixteen pounds in response to the physical, emotional, psychological, and sexual abuse she suffers at his hands. Her battered mother does nothing to protect her, nor does her church. She is sustained by humor, books, and her protective love for her younger brother until their daring escape. This courageous personal account looks freshly at the disturbing effects of religious hypocrisy and the resilience of the human spirit.

“[Castro’s] story is, more than merely engaging, downright embracing. The unfolding fates of Castro and her brother as they endure abuse at the hands of those entrusted with their care, even though we know they emerged whole and sane, prove utterly gripping.” — Booklist