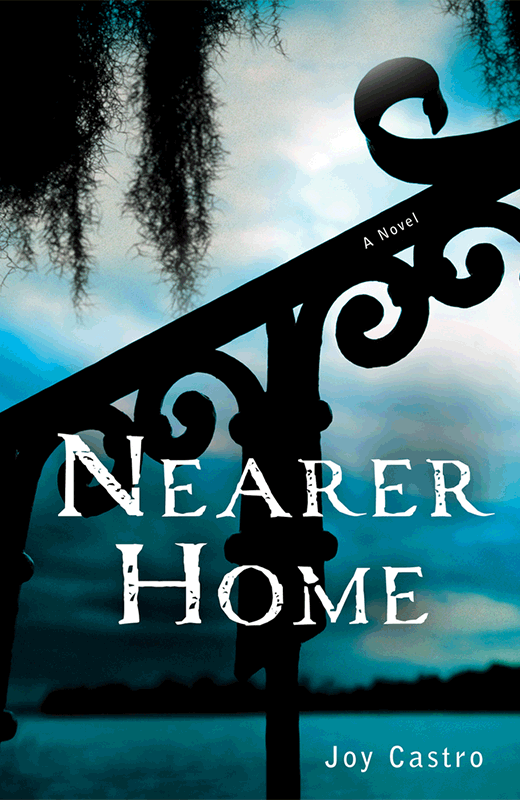 Early one morning, Times-Picayune crime reporter Nola Céspedes finds herself at the scene of a crime in Audubon Park–and she knows the victim: Judith Taffner, her former journalism professor at Tulane. Taking it upon herself to investigate, Nola discovers that Taffner was working on two explosive stories, both of which would shock even a city known for corruption. When an apparently related murder occurs at the New Orleans Jazz Fest, Nola realizes it’s only a matter of time before she becomes a killer’s next target.

Rich with details of New Orleans, Nearer Home (St. Martin’s, 2013) features an original, tough heroine as fascinating and complicated as the city itself. The second thriller in the Nola Céspedes series, Nearer Home will soon appear in France.

“Author Castro tells a good story and tells it well, with a whole lot of local color on a most colorful American city.” —St. Louis Post-Dispatch

“Castro’s writing pulses with the sights and sounds of the Crescent City, and Nola’s gutsy character is a resounding high note.” —Minneapolis Star Tribune

“Castro’s prose is clean and to the point, and she shows considerable affection for New Orleans.” —Publishers Weekly

“The murder of a New Orleans journalist sets off a battle between a reporter determined to tell her story and a shadowy opponent equally determined to keep the truth under wraps…. [Nola is] funny, flawed and formidable.” —Kirkus Reviews